Listen. I get it.

Personal development gurus offer us a ton of great ways to choose positive speech in uncomfortable situations. And for the most part, I actually love many of their suggestions – a few of which I may even blog about.

But there is one phrase that just needs to go.

As in . . . GO. Because it’s selfish. It fails to take into account that others have been inconvenienced by our actions. The phrase could even be considered a form of gaslighting.

I’m not being dramatic. You’re just late for the party – and exactly who may need to read this message.

Are you habitually late? Has it been suggested that when late, rather than saying, “I’m sorry,” another phrase that avoids direct admission of guilt be used upon arrival? You know the one,

“Thanks for waiting on me.”

If yes, I’m talking to you.

Support for the apology

Where has the “I’m sorry” gone?

In an attempt to:

we’ve seemed to reassign the forthright, “I’m sorry” as a weak gesture. 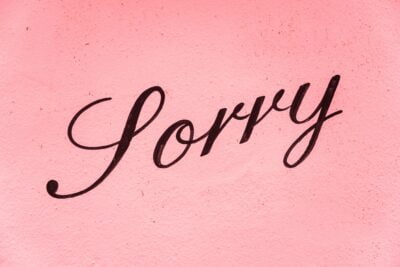 “I’m sorry” not only serves as a simple acknowledgment of a wrong but also how that wrong may have inconvenienced the one wronged. While we could certainly get into a dozen of examples, let’s simply park on the topic of late-comers.

If late to a meeting, do NOT enter and exclaim, “Thank you for waiting on me” (the phrase on my chopping block) unless it is attached on the back-end of a genuine “I’m sorry, I’m late”.

Our actions don’t happen in a vacuum

When late, others are affected.

Definitely feels that way – if one has never considered how lateness affects another person. Oof. 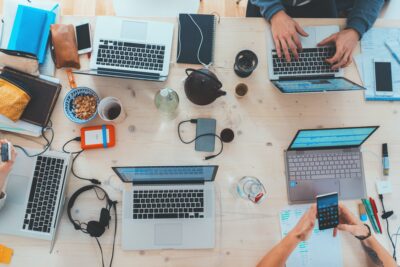 Sure, there are legitimate reasons for BEING late – no disputing this. However, let’s try a few scenarios on for size:

“I’m sorry, I’m late. I didn’t realize I needed to stop for gas first. Thank you for waiting on me.”

“I’m sorry, I’m late. My dogs needed to go out just as I was sitting down to log in. Thank you for waiting on me.”

“I’m sorry, I’m late. My last meeting went overtime. Thank you for waiting on me.”

“I’m sorry, I’m late. The pre-pandemic re-entry is kicking my ass. Thank you for waiting on me.”

Please, enough of ignoring that lateness isn’t an issue that only affects the latecomer . . . look around – there are others waiting.

Sorry, gurus – I think you’re late to the manners game on this one.